2K and 2K Australia studios have combined to create this stand alone ‘pre-something’; that from what we’ve seen stands to be an awesome follow up to previous Borderlands releases.

The new o2 system seemed at first as though it would be a drag on game play, having to burn around looking for spores on the surface of the Moon- yes indeed, low G. But eventually it had us turned over to it gasping for air.

The selection of new weapons offers up epic firepower. One particular weapon is the ‘cryrogun’ a gun that fires ice shots to freeze opponents that will potentially shatter should they loose enough health to finish them off! Midair shots with this weapon often end spectacularly with enemies falling to split into two ice blocks.

Overall the use of gravity opens the game play for some awesome stunts and cinematic killing sprees. It seems as though some things will be set in place to vary accessibility depending on the strength of skills in this manor.

Speaking of skills, the skill tree seemed to offer a wide range of options for crafting characters into masters of combat or swift strikers that could use gravity to their advantage.

The effects of gravity and the use of firearms only lead to a lot of awesome moments in this already great series. Admittedly it was a bit edgy at first but watching enemies fly off from grenades will just remain entertaining.

Again the graphics are great and the cell shading and comic book damage pop-ups never fail to immerse you into Borderlands Wild West Space Jam of adventure! 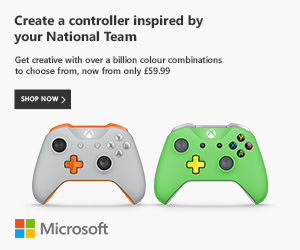